The Space Left Behind 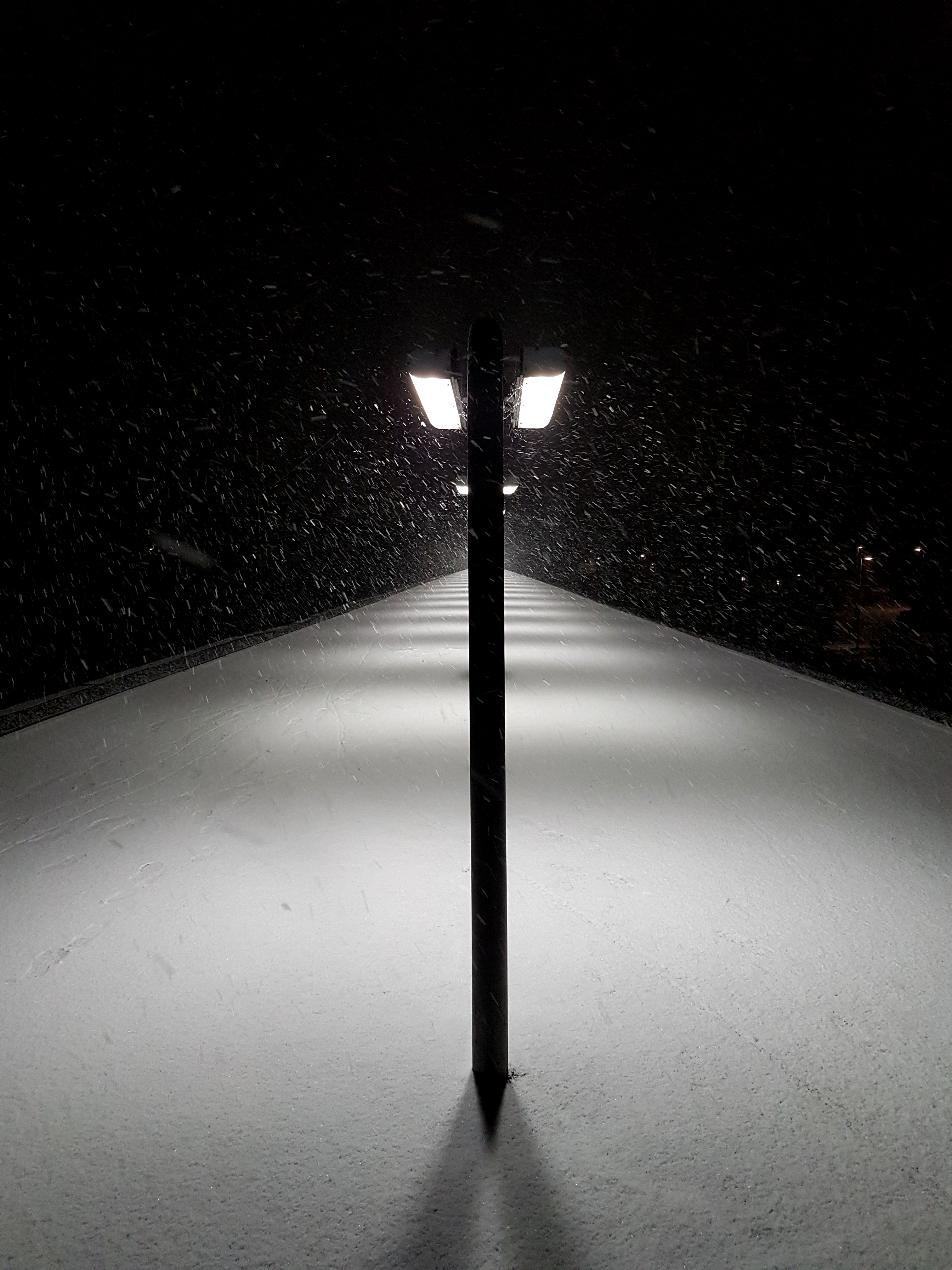 We always say that we’ve all experienced loss, even when we haven’t. We say our condolences and express how sorry we are when someone we know has lost a loved one. But what is grief really?

I have lost people before, both friends and family. Most were when I was a lot younger though and I remember how confused I was when I was at funerals as a child. I remember crying when a beloved great grandfather passed away, but I was so young, I was selfishly crying because I’d been told I never see him again.

Grief was beyond my understanding, perhaps I was too young or perhaps too naive. I don’t know. My world view was so different, back before I realised, I wasn’t like everyone else.

Before I had shoulder surgery my grandmother fell and broke her hip. You can read about it and the mistake they did in the post here.

Recently she passed away.

When we brought her back from the hospital, we thought everything would be okay. It was a pretty common surgery and elderly people often have one quite successfully. They told us before the surgery that she would be able to walk a few days after the surgery, but that never happened.

The grandmother who returned home was barely a shadow of the woman I grew up knowing. She was in so much pain, constantly on morphine and worse than anything else – she was unable to get up.

She struggled and tried to get up, desperately wanting to walk- to move – but the pain was too great.

She began to give up.

At the nursing home they fed her with a spoon, only for the food to slowly drip from her mouth. She could hardly drink, hardly tried to talk and simply stared at her surroundings with mournful disinterest.

It was like watching her soul slowly seeping out of her body, leaving behind an empty shell made of broken bones and misery.

Once, about a week before she passed, I came to visit her. My arm was in a sling and I was still struggling with the pain following my own surgery, but she had been getting worse so quickly I was afraid I’d spend too much time in bed and that I should have visited earlier. My surgery and my grandmother’s declining health could not have been more badly timed.

I must have looked terrible, I even worried I would be too unrecognisable to my grandmother, a woman who had been diagnosed with Alzheimer’s and who rarely knew any of her family member’s anymore.

When she saw me, though, her face lit up like a child and she smiled and talked and laughed. None of it made any sense, but one thing was clear; she knew me. That one moment of pure joy on her face haunts me today, because I never knew that was the last time, I would see her so alive. It was like a single moment of happiness, not enough for me to think things were improving and that she would be okay, but enough for me to hope. Enough that I could bury all that hurting inside of me and pretend it would never have to be let out.

I saw her again before she passed away, but by then she was entirely different.

It was the following Sunday night she was admitted to the hospital again and on Monday they sent her home with the message that all that could be done for her now was loving care and pain relief. They told us she had 3 – 14 days, but by Wednesday evening she had already passed away.

I saw her on Tuesday. She was awake, I think. Her breathing was laboured and irregular, her eyes unfocused and foggy and she barely reacted to us being in the room. Occasionally, she would make odd cries as pain filled her face, but the pain medication she received helped a little.

I dripped water from a tiny sponge on her lips, moistening her cracked lips and felt unbelievably happy when she drank even a few drops.

She didn’t eat or drink by then, the only real source of sustenance was that sponge with fizzy lemon water.

The rest of my immediate family saw her the next day, but by then she wasn’t awake. She passed away a quarter past nine Wednesday evening.

The week between her passing away and the funeral was busy with many practical things and I never really had time to allow myself to feel the grief.

The undertaker came the next day and picked her up, but before she was put in the white, simple wooden casket, she had been dressed in clothes I had picked out with my mother. She was dressed in a broken white coloured shirt and cardigan and black trousers. Her hair, still as auburn as when she was young was pulled back, still not a trace of white or grey visible. Her blue eyes she had closed herself as she passed away asleep the night before.
Plastic candles had been placed around her bed and beautiful, peaceful music played in the background.

I don’t remember ever seeing her as peaceful as that moment. Her long life, a life filled with pain, hurt and suffering now forgotten. Her final weeks of struggle now over. She looked beautiful; like a porcelain doll with snowy white skin.

Preparations for the funeral took a lot of time and by the time the day came around I was exhausted.

The weather was cloudy, but there was no rain. It was cold, but the chilly air felt good.

People came that I have not seen for 16 years or more. Most people stopped visiting my grandmother after she was diagnosed with Alzheimer’s and because they had ignored her in her time of need I felt a little conflicted at first seeing all these people, but in the end I understood it meant that she had affected them all in some way. She had been loved and was missed, even if people had had their reasons not to stand by her.

The church was pretty with candles burning and flowers. We had chosen a nice, fiery bouquet of autumn coloured flowers and I had chosen two of my favourite poems and written on her casket.

The pianist my uncle had booked didn’t play very well, at least nothing like my grandmother (who was undiagnosed, but clearly had autism spectrum disorder like me and the piano was her true passion and most of her life was spent playing). It didn’t matter, because hearing the sound so unlike my grandmother’s playing made me realise, I would never hear her fingers dance across the keys and a few tears started falling from my eyes. Right after the piece had ended, we sang a favourite nursery bedtime song that my grandmother and mother both sang and that was when I finally broke. I was afraid I would never stop crying and until now, I feel like I didn’t.

I don’t know if I’m running out of tears, but I can finally function a little without crying. I know some people talk about how cold people like me can be, some even suggest that we have no feelings at all. Nothing is further from the truth. I just don’t really know how to express them most of the time.

I didn’t know how to express how much my grandmother meant to me when she was alive and I feel so ashamed I never tried to figure it out.

That final evening I saw her alive I sat alone with my grandmother a bit. I wanted her to know, even if it was too late and had been too late for a long time, how much she had been loved and what a positive influence she had been on all those whose life she had been a part of – however briefly.

So, I told her about my life – the lessons she had taught me, how my character had been defined in part by what she had been. She lived with my mother and me after my parents divorced and it wasn’t until I was about 16 that she stopped. I visited her as often as I could, when she got really sick, I nursed her every day for months until she was accepted into a special nursing home. I was at her house from early morning until evening because she was a smoker, she was unable to make food and most other things because of her Alzheimer.

When she lived at the nursing home, except for the time I was living in Japan, I tried to visit her every Sunday.

She was such a big part of my life and I wanted her to know it mattered.

I told her that when I have children of my own I will tell them stories of her and her life, I will tell them how amazing she was and how much she meant to me. I would share her life again with others yet to come.

I told her that I will tell them about how wonderfully she played the piano, how she had perfect pitch and how she could hear every key perfectly from the opposite side of the house and yelled at me when I got it wrong. I will them that I never heard anything as beautiful as her piano when I was little, and her fingernails clipped short, strong and wide hands moved effortlessly and her eyes barely glanced away – her focus locked on the music like nothing else existed.

The space she leaves behind will never be empty but filled with unconditional love. She was not perfect, she was a human who struggled through life like we all do.

When I left that night I suddenly felt that I would never see her alive again and I walked back, held her shoulder and whispered into her ears: “You are the best grandmother anyone could have. You were a good mother. You did good. I love you, we all do. It’s okay for you to let go now. I won’t ever forget you. Let’s meet again someday, somehow.” Then I bent down and kissed her cheek, moved her hair back and kissed her forehead.